Become a fan of KULeBIKE

With eBike to every hill
When your body fails, the ebike helps.
Book your ebike 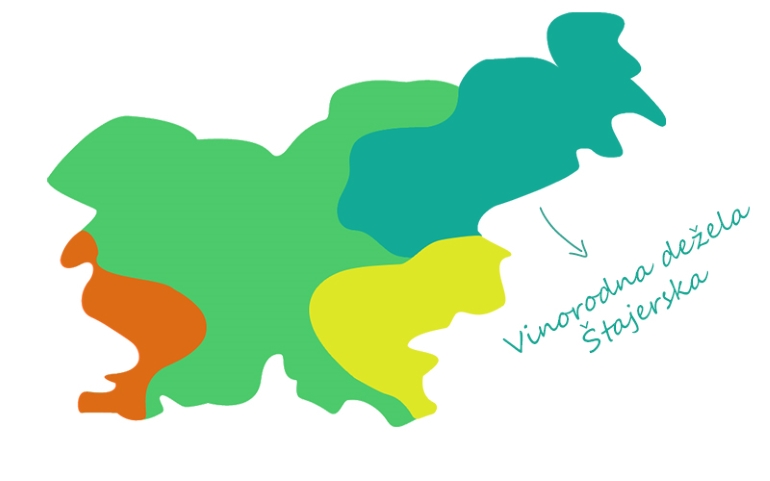 SLOVENIA
With “love” in the name and kindness in people. A small land, full of diversity, located at the sunny side of the Alps, bordered by Austria, Italy, Hungary and Croatia. The biggest advantage of Slovenia is its smallness. On its 20.273 square kilometres, the country offers both geographic and climate diversity. The Alps end on the Northern border with Austria, where beautiful and breathtaking peaks of the Julian Alps (Julijske Alpe) and Kamnik-Savinja Alps (Kamniško-Savinjske Alpe) merge into the Karawanks (Karavanke) on the East. Here, one can also admire the flat lands of Prekmurje and the hilly region of Slovenske gorice which is known for its vineyards and wines. Similarly hilly and also known for its wine tradition is the South-Western part of the country. And on the West, there is the Adriatic Sea, where Mediterranean world patiently waits for its visitors.

The region of Slovenian Styria is located on the East of the country, at the border with the Austrian Styria, and on the West of the country, at the border with Croatia. To the East, it borders to Prekmurje and to the West, it touches the region of Lower Carniola (Dolenjska) and Upper Carniola (Gorenjska). The largest city is Maribor which lies on the river Drava, embraced by the hills of Pohorje on one and the hills of Slovenske Gorice on the other side.

Maribor is the second largest city in the country and has numerous sights and events. The most important sight is definitely the oldest vine located in Lent, which is the old quarter of Maribor along the river Drava.

By taking a walk through the old city centre, one can visit the sights, the cathedral or Franciscan church, the theatre, cinema or a music event.

Every summer, at the end of June and in early July, there is a Lent festival which is the largest Slovenian outdoor festival and one of the largest in Europe. It attracts over half a million visitors a year.

A walk through the city centre, to the city park, passing the aquarium and the three ponds to the Piramida hill.

From the top of Piramida, you can see over the roofs of the city all the way to the Pohorje hill, the green oasis at the last bus stop of the city bus number 6.

In the city but still in nature, Pohorje offers many different activities to its visitors in summer: Bike Park, mountain biking, panoramic ride with the gondola, mini jet, summer tobogganing and hiking tours.

In winter, you can go skiing, snowboarding, tobogganing or you can even watch the “Golden Fox” World cup skiing race for women, where every year, the best skiers of the world challenge themselves on the steep slopes.

Like our website, become our FB friend and follow us on your favourite social network. In this way, you will always know what is going on and what you simply cannot miss. You can share with us your photos and KULeBIKE adventures or tell us how many kilometres you have ridden. You can also sign your name on the KULeBIKE wall of those who have done the big KULeBIKE tour.

Shoot a panoramic photo on your KULeBIKE cycling tour and share it with us. Shoot shoot shoot, be COOL, follow KULeBIKE twitts!

PIN IT! Pin your KULeBIKE photo or impression and show the others what you like!

What is KUL?
What is eBIKE?
Where is KULeBIKE?
Would you like to become a KULeBIKE partner?